'The first gold sovereign was struck in 1489 during the reign of Henry the Seventh.'

In the world of bitcoins and digital investments, investing in physical gold coins can seem a bit old-fashioned. Gold ETFs, DG Gold, gold-backed cryptocurrencies, and other options of digital asset-backed gold are all easy and modern ways to invest in gold digitally. However, there are many advantages of choosing to invest in physical gold over digital gold. Especially when it comes to the gold sovereign.

What is the gold sovereign?

The gold sovereign coin is a British coin that has the value of one pound sterling. The first gold sovereign was struck in 1489 during the reign of Henry the Seventh. This gold coin was originally minted until 1603 and later revived during the Great Coinage of 1816. To this day, the sovereign coins are still minted in the same shape and form they used over 200 years ago. The coin owes its name to the prominent portrait of the current monarch on its surface. The gold sovereign is one of the most collected coins in the world and a very popular gold investment for bullion coin investors.

Is the British sovereign a good investment?

The short answer to that would be yes, the gold sovereign is most certainly a good investment. A longer answer to that question can better be summed up in the four reasons below:

How much is the gold sovereign worth?

In general, the gold sovereign coin is worth its weight in gold. This is however just one part of its value and is known as the bullion value or the metal value of the coin.

The good state of preservation of coins also has an impact on the value of the coin and thereby on the investment. This can best be illustrated with the example of our 1911 George the Fifth sovereign coin. This 1911 George the Fifth gold sovereign only has a 62 grade, which is not the highest grade out there. However, because the coin is in mint state, a 20 to 30% premium can be added over the metal value. The coin is in mint condition because it has never been circulated and has just been stored in a bag for a hundred years. Not many other historical objects can be preserved in the same way and be in such a mint state after a long period of time. 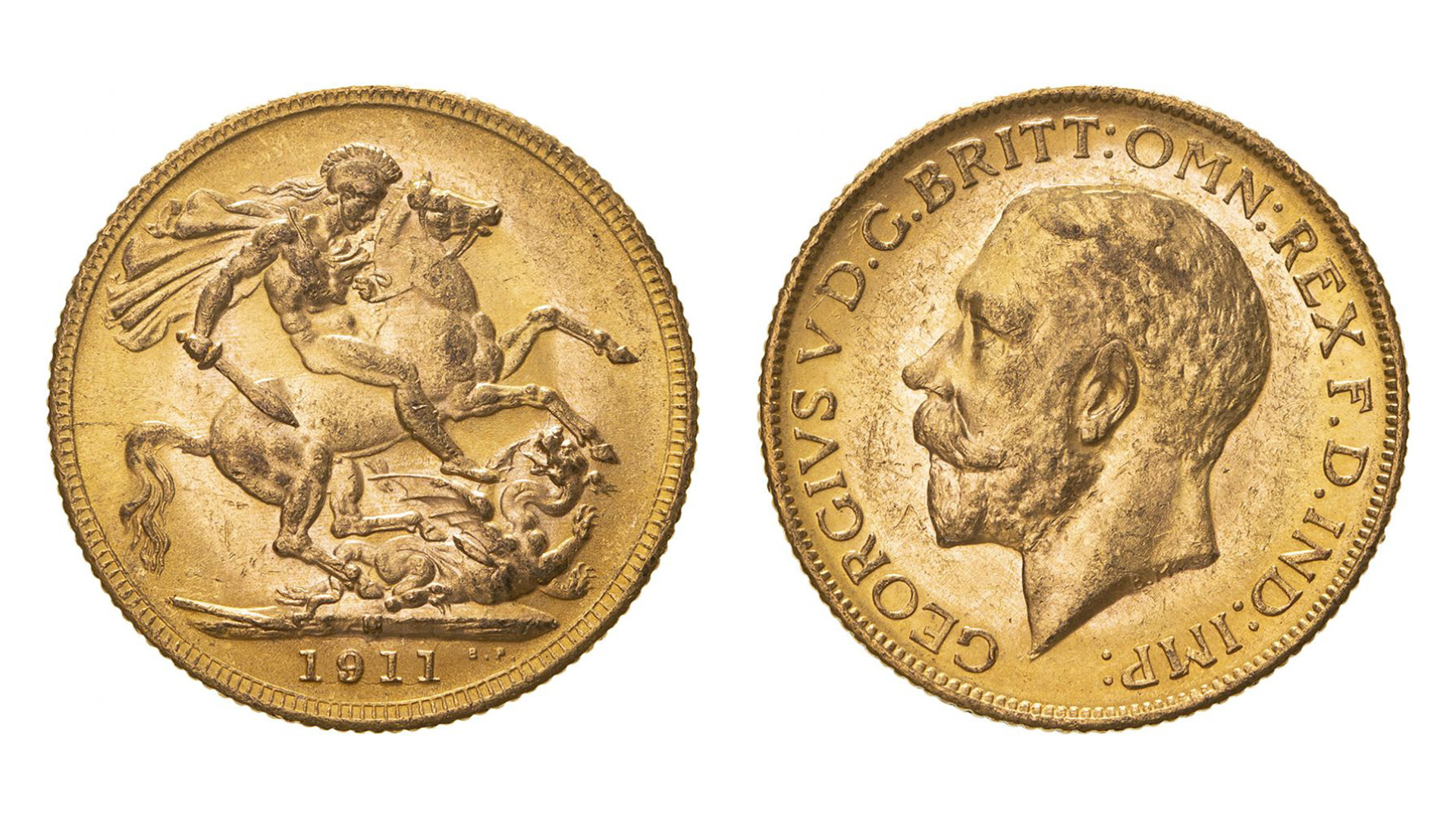 Gold sovereigns are the best investment option when it comes to gold. They are available at a good price at the moment, and, due to their metal value, increasing historical value and good preservation options, will most likely command a considerable premium in the future.

Coronavirus and the gold price — where to now?

In March the UK entered lockdown due to the global coronavirus pandemic. The Coin Cabinet’s takes a look at the...

What decides the value of a coin?

How coins are valued is a complicated mix of supply and demand: precious metal, rarity, demand, provenance — and what...

The Three Graces from the Royal Mint

In 2021 The Three Graces proof gold and silver coins were released by the Royal Mint, continuing the Great Engravers...

The Who Collection from the Royal Mint

The fourth part of the Royal Mint’s Music Legends series, The Who Collection celebrates the legendary rock ‘n’...